The exclusion of Celia Cruz in Cuba

On October 4, 2009, the day Mercedes Sosa died, the producers at Radio Granma faced an odd dilemma. The printed press published the news, but in the record libraries or music departments of every local radio station in the country, there was a list of artists whose broadcasting was forbidden or limited, and the Argentinean singer was on it.

We didn’t know the reason. Actually, the reason was never important. Sometimes the director of the radio station got a phone call: ‘Pablo Milanés started criticizing the Revolution and it’s been decided to limit his broadcasting’, as it happened during the public controversy between him and Silvio Rodríguez. Fortunately, good sense prevailed on that occasion, and a few hours later Juan Salvador Guevara – then vice-president of the Cuban National Union of Writers and Artists (UNEAC) in Granma – called to explain that the supposed limitation of the Bayamo-born singer had been an ideological overreaction by someone and that Abel Prieto himself had clarified the issue.

When Buena Fe’s album Catalejo came out, the then director of Radio Granma and I participated in an event in Caibarién gathering radio stations from coastal municipalities. A different wind of renovation was apparently blowing. Several broadcasters believed it was ‘a very harsh album’, and that started an informal and engaging debate in which some of us spoke about the cultural inconsistency of the prohibitions and limitations, to which Guillermo Pavón – who had recently been appointed vice-president of radio broadcasting at the Cuban Institute of Radio and Television (ICRT) – replied: ‘It’s being studied, it’s being studied.’

The poet, researcher, and editor Julio Sánchez Chang, whose executive secretary I was at the Municipal Committee of UNEAC in Manzanillo, told me a few months before passing away that at a meeting of that organization in Camagüey, a producer asked about the list of forbidden and limited artists in Cuban radio, and the ICRT representative responded: ‘I don’t know what list you’re talking about here. The Revolution’s policy has never been to exclude anybody.’ Then the producer, saying nothing and apparently satisfied with the answer, went back to Radio Agramonte, tore the list, and brought it to the meeting.

A few months after that meeting in Camagüey, the ICRT sent an email explaining that all the previous lists were invalid. Some producers, a small minority, like Orestes Ernesto Remón at Radio Granma, started to include Celia Cruz in their musical productions, as well as music by Annia Linares, Mirtha Medina, Oscar d’ León, Rubén Blades, Maggie Carlés, and others.

In spite of that, in late 2012, another general director of Radio Granma took me to be analyzed at the Supervisory Board because I had broadcasted the songs ‘Miedos’ by Buena Fe and Los Aldeanos, and ‘Lucha tu yuca, Taíno’ by Ray Fernández. Two years ago, at the Manzanillo local channel, Golfovisión, there was an attempt to apply sanctions, and a media coordinator lost her bonus pay because, in a visual support clip for a program, she let slip a shot from the ICAIC co-production Yo soy del son a la salsa, by Rigoberto López, which showed Celia Cruz.

The question is, why does Celia Cruz appear now in the TV program La Pupila Asombrada?

Apparently, for the same reason that the list of censored artists was eliminated: so that those who accuse us of being totalitarian and authoritarian aren’t right. It’s in Miami and not in Cuba where people publicly smash artists’ records for performing in Havana, cyberbully Laura Pausini for singing with President Díaz-Canel in the audience, start a campaign to boycott Buena Fe performances in the United States, and demonize Israel Rojas.

It’s not the Cuban government either the one who applies a law preventing the best Cuban artists who have decided to live in the island from being promoted in international circuits or from signing with American labels, or that Juan Formell y Los Van Van travel to receive a Grammy award. That’s all true. But there’s one detail: we’re not the US government; our government is not the imperialist one. Our politicians speak of building a better world and of attaining all possible justice. Here we say that ‘Revolution is never to lie or violate ethical principles.’

Therefore, so as not to violate ethical principles, if you’re going to include Celia Cruz in a TV program with a marked ideological and political outlook, like La Pupila Asombrada, the honorable thing would be to tell the whole story, not only that the singer hated the Cuban Revolution – as she did –, but also that we were in the wrong for 50 years in the treatment our media gave to any artist who decided to migrate to the US or who didn’t agree with the policies of the Revolution, or to those who, without being Cuban, expressed any sort of public criticism of the Revolution or any of its leaders.

We were in the wrong to the point that, at the Manzanillo Theater, there are paintings of great personalities who stepped onto its stage, from Carlos Manuel de Céspedes to Rosita Fornés, but Ernesto Lecuona is missing. He’s not there because they had him removed and they replaced him with Capablanca, who was in Manzanillo, but never at the theater. According to what they told us, the pianist and composer from Guanabacoa had said that while Fidel was in power, he didn’t want his remains to rest in Cuba. How could there be a painting of him at a place which, as was thought back in 2002, Fidel himself might reinaugurate?

That’s the type of mentality we should set out to change for our own good as a nation. As I’ve said before: you can’t overcome it with more exclusion and isolation, when exclusion and isolation are what they want to impose on us. You can’t beat hatred with hatred. You can’t defeat the intention of dividing us Cubans with more divisions. And you can’t overpower the slanting views and the crude manipulation applied to the cultural history of this country with more slanting views and more crude manipulation. You win by uniting forces and by wielding the truth in hand. 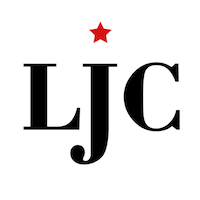